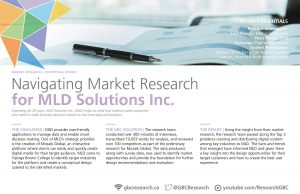 MLD provides user-friendly applications to manage data and enable smart decision-making. One of MLD’s strategic priorities is the creation of Mozaik.Global, an interactive platform where clients can easily and quickly create digital media for their target audience.

This 3-year project aims to increase understanding of the potential for new interactive technologies, social networks and modes of communication to support crisis planning for marginalized youth and their support networks.

The popular view of Toronto defines the city by its downtown core, defined in contrast to the self-contained 905 outer suburbs. But this binary ignores Toronto’s inner suburbs, the fastest growing portion of the city and home to much of its aging population, newly landed citizens, and some of its poorest residents, resulting in a neighbourhood infrastructure that is in decline.